Dynamic AI System is a flexible and scalable tool for creating complex paths and various actions/behaviors for your NPC.
Make them follow paths, do various actions and react to world changes in a simple and easy way.

Core of the system is implemented in C++ but logic is fully exposed to Blueprints.
It means that using and extending DAS doesn't require any C++ knowledge.

This documentation only briefly explains core classes and features used by the system.
It doesn't go much in details because Example Project available in Downloads section includes much more usage examples with detailed explanations.
On top of that all functions and variables across the system are commented.

System can be easily implemented into existing or new project.
Check Implementation section to see how to do that in just few minutes. 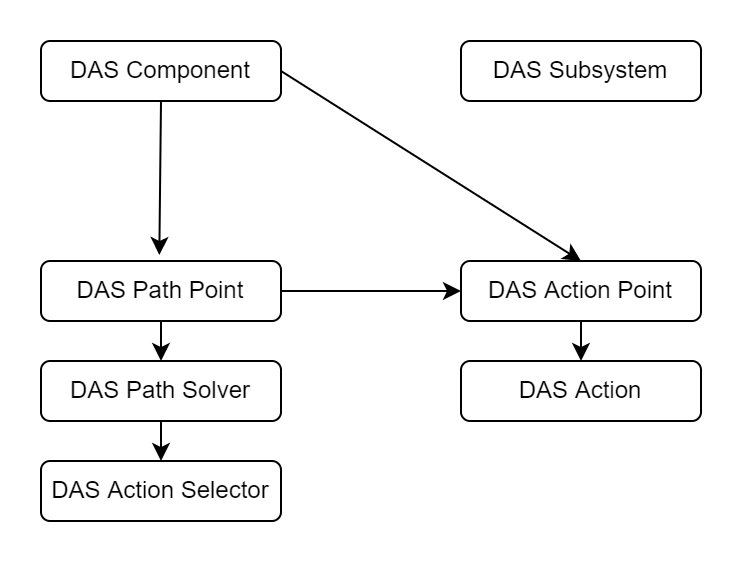