There are 3 functions to start and stop rotating. 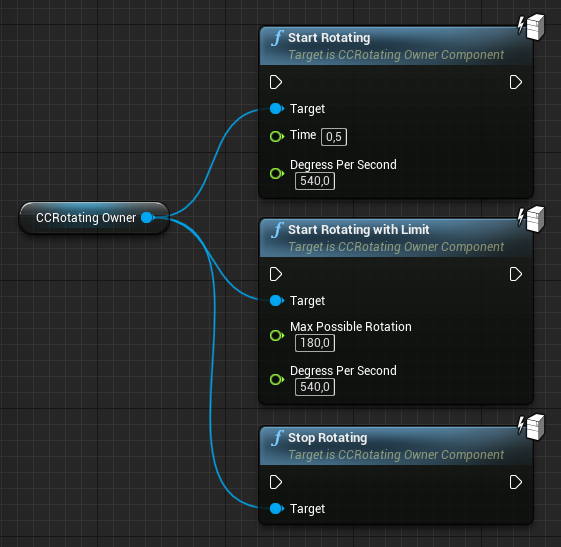 Owning character must implement function GetDesiredDirection from CCRotatingOwnerInterface, so it knows in which direction it should rotate its owner.

Example of implementation for player character. 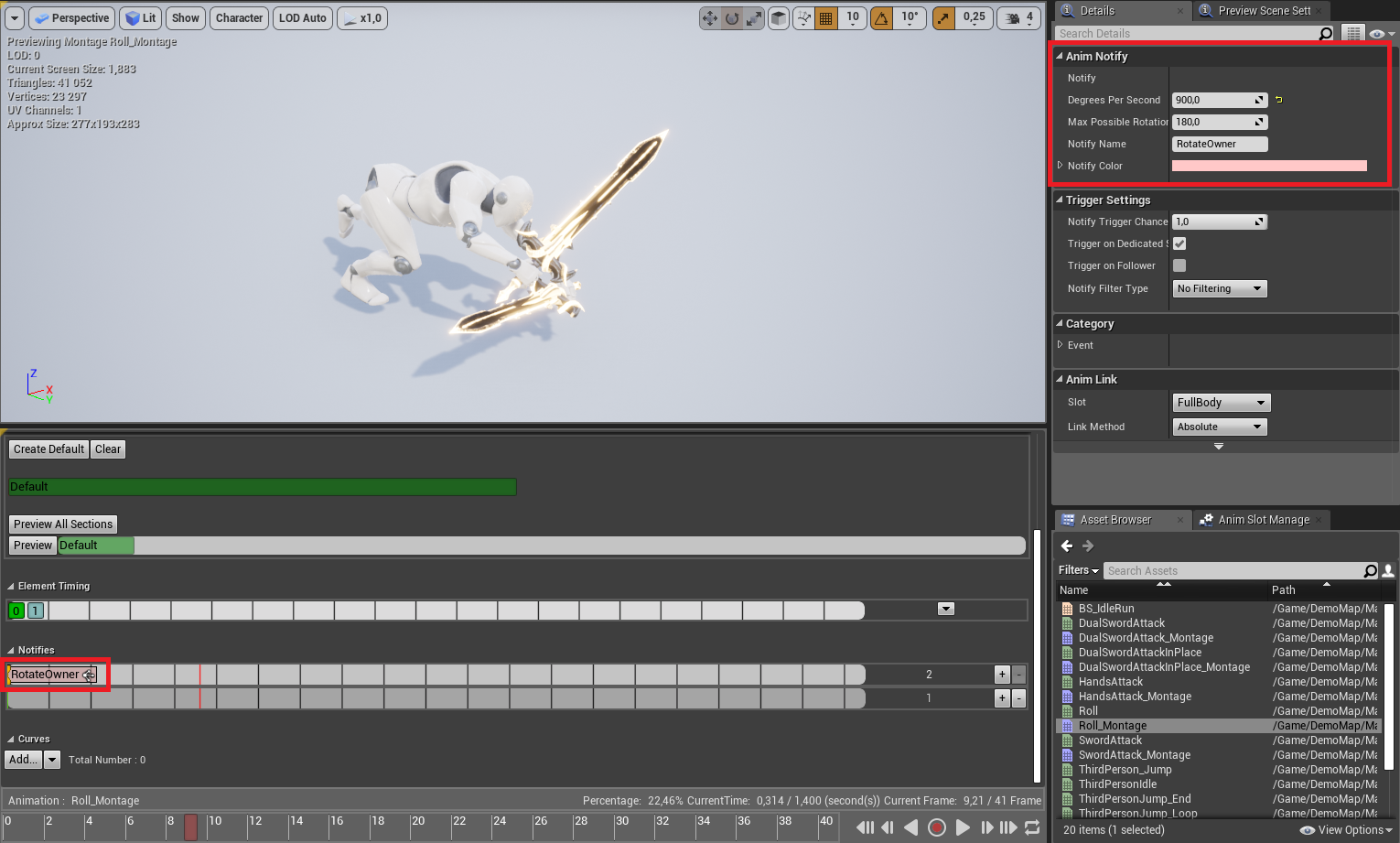