Ability is a base class for all abilities such as Fireball, Vortex etc.
It only contains definitions of functions that should be appropriately overwritten in its children blueprints. 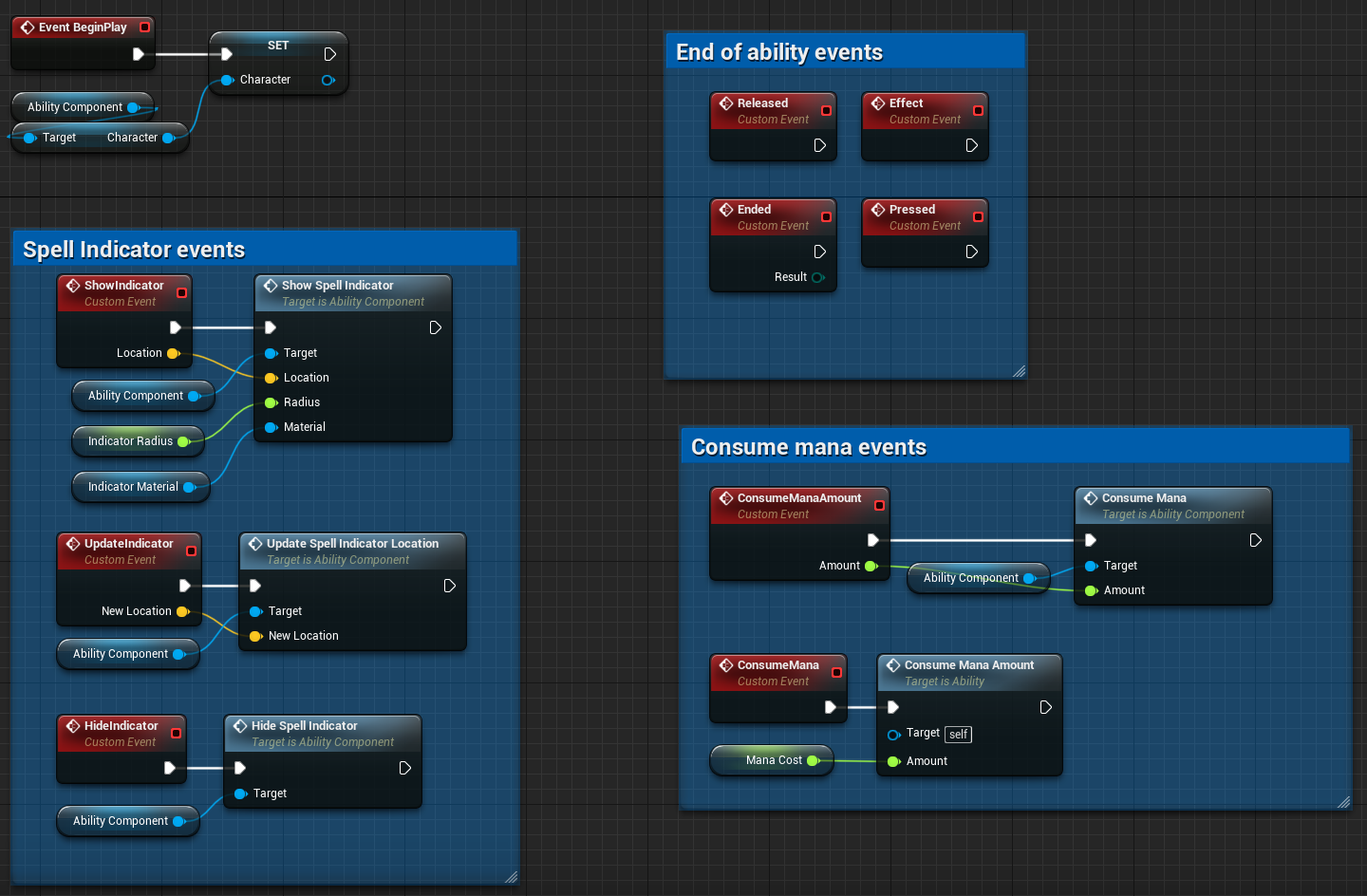 There are bunch of variables that we can tweak to customize ability.

As an example lets take a look at Ability_Player_InstantHeal. 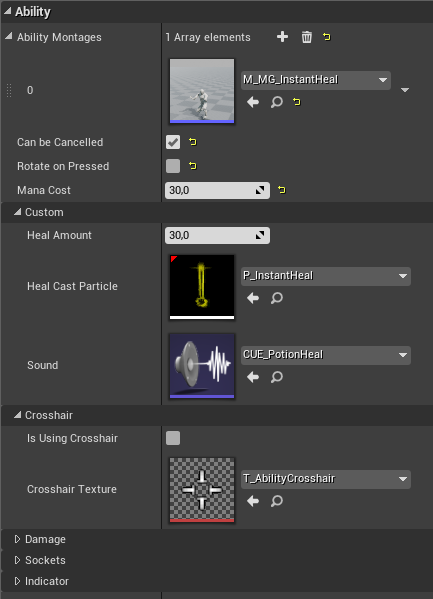 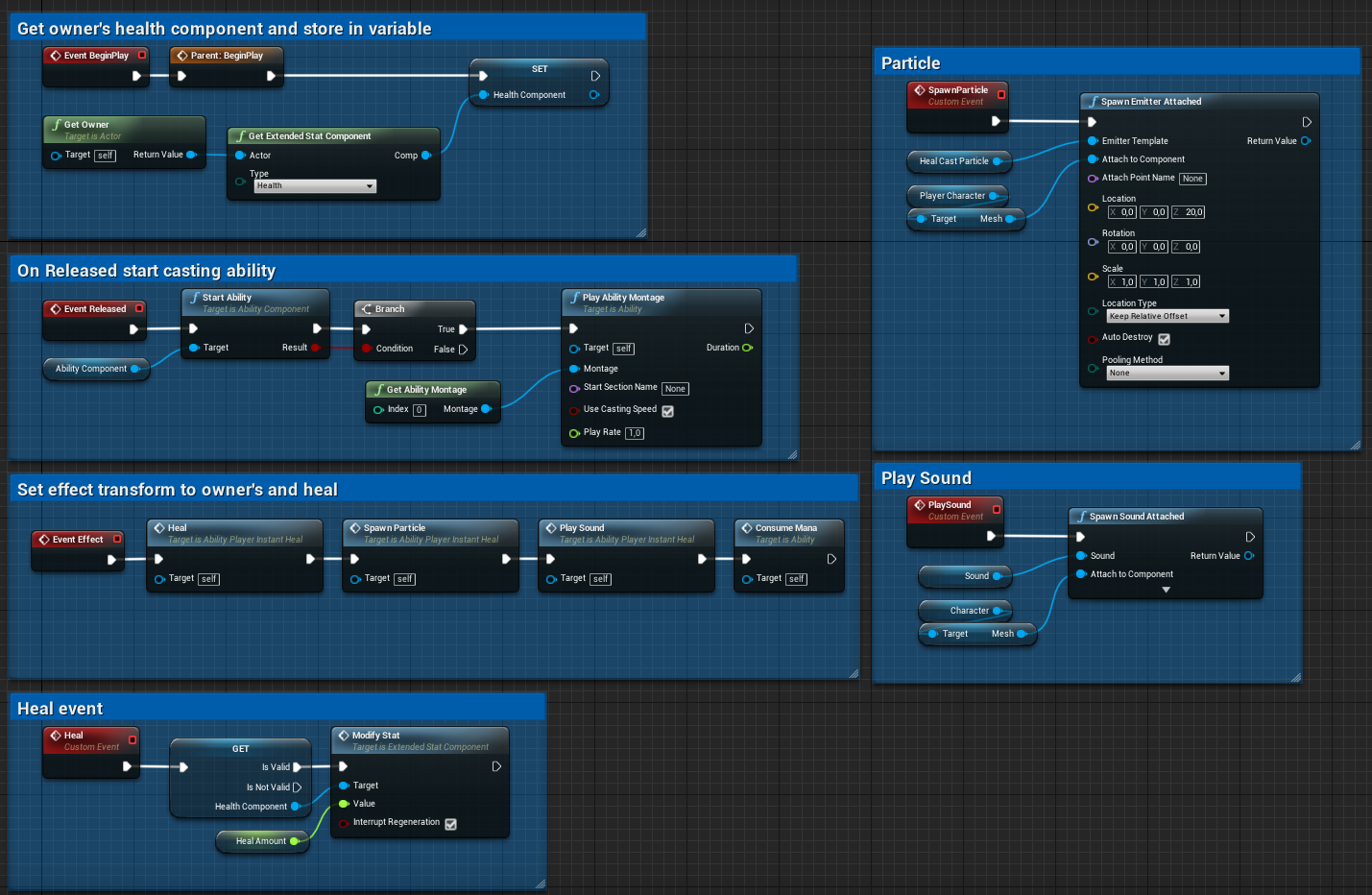 It doesn't override event Pressed, so it doesn't care whether ability input is being pressed or not.
But when ability input is released, it tries to start ability using function from AbilityComponent, if return value was true, then it plays ability montage. 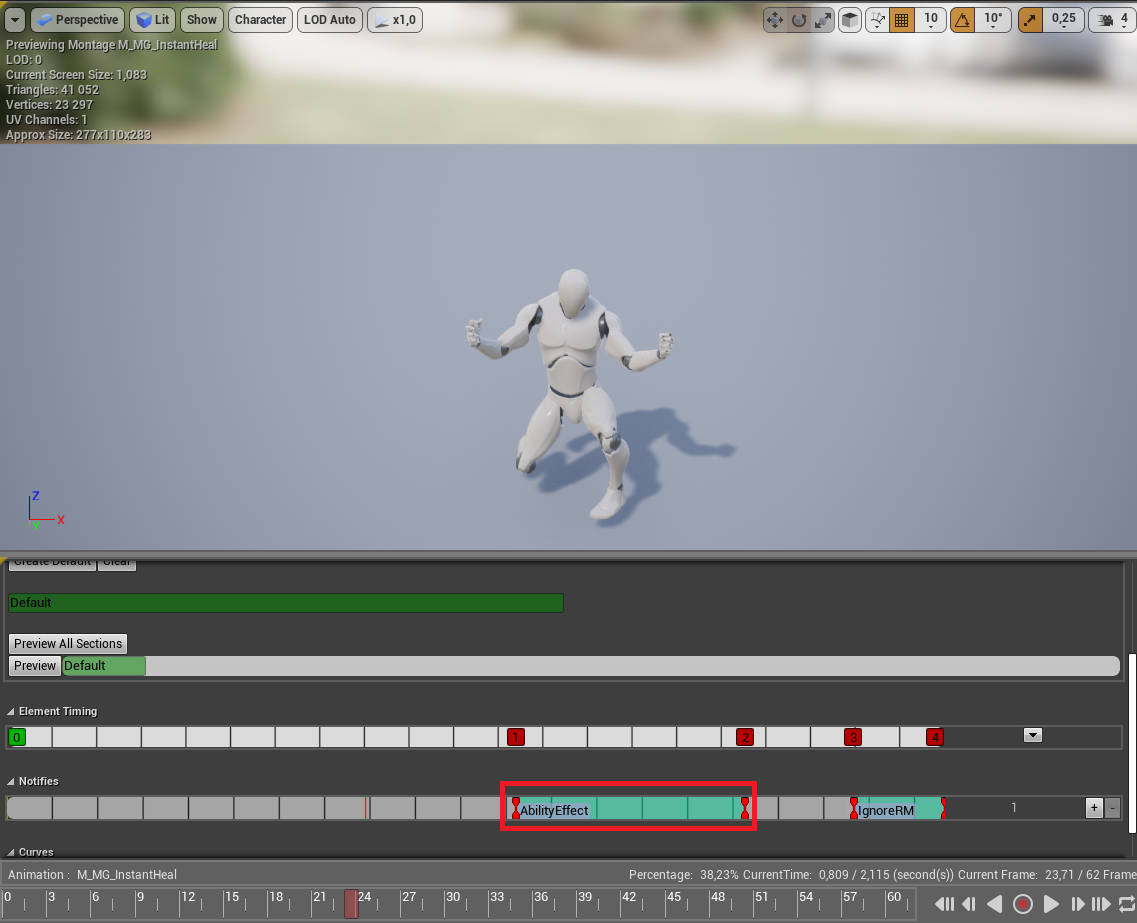 Heal Montage has ANS_AbilityEffect notify in it.

When this notify Begin event is triggered, it calls AbilityEffect function from AbilityComponent.

And when End event of notify is triggered, it calls EndAbility function from AbilityComponent. 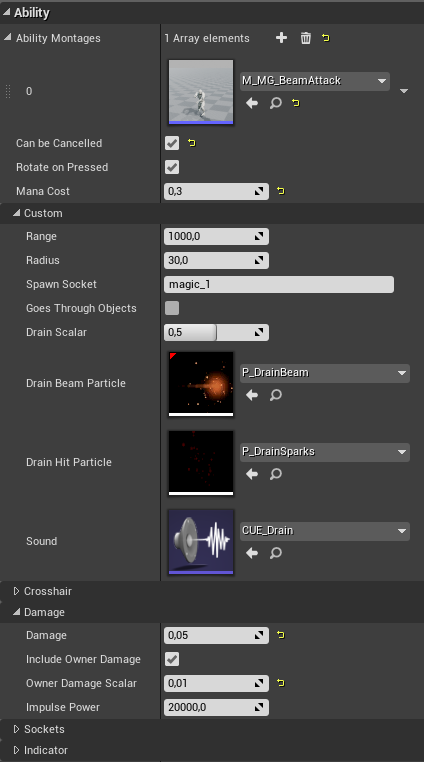 Whenever ability is Pressed, it tries to cast it, but if it fails then sets a timer which will continue to attempt, until ability is Released or Ends.
This way if ability was pressed for example during Rolling, it will start casting automatically without need to press input again right after it ends rolling.

Montage used by this ability is divided into few sections

During the montage, notify AbilityEffect is calling function with same name from AbilityComponent which in turn is calling Effect function from ability.

Then Event Tick updates effect (its transform), consumes mana, and checks whether there are any enemies hit by this ability.